Who built the Berlin Wall?

The Berlin Wall was built by the Communist government of the German Democratic Republic (GDR). The East German leader at the time was Walter Ulbricht, so he may have been the person who was responsible. However, Soviet influence was strong in the GDR, so it’s certain that Soviet premier Nikita Khrushchev was complicit, if not fully responsible.

When was the Berlin Wall built? 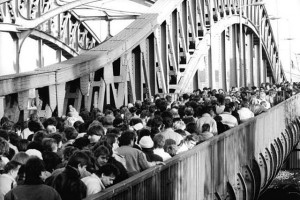 The northmost checkpoint within the city stretched from Bösebrücke bridge to Malmöer Straße. This border crossing was the first to be breached after the fall of the wall. END_OF_DOCUMENT_TOKEN_TO_BE_REPLACED 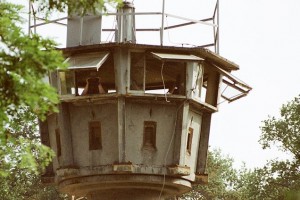 A small enclave of around 200 inhabitants, Steinstücken is the southern most territory of Berlin, in Wannsee. For a time its border was made up of only barbed wire, and was the point of many escape attempts. END_OF_DOCUMENT_TOKEN_TO_BE_REPLACED 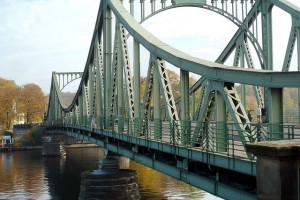 A bridge spanning the Havel river, connecting Wannsee with the Brandenburg capital, Potsdam. Spies captured during the Cold War were often exchanged here, earning it the moniker “Bridge of Spies”. END_OF_DOCUMENT_TOKEN_TO_BE_REPLACED 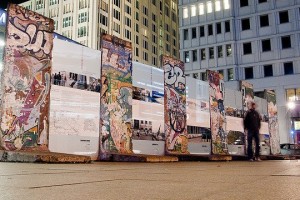 This exhibition at Potsdamer Platz is made up of displays hung between original segments of the Berlin Wall. Created in 2005 as a temporary exhibition, it was made permanent due to very positive public response. 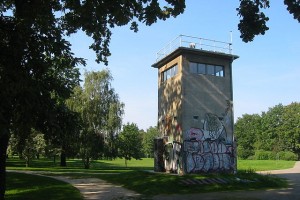 In Schlesischer park, a former four storey watchtower still stands. It was a command tower from which 18 other watch towers were supervised. The nearby border security was also supervised from here. 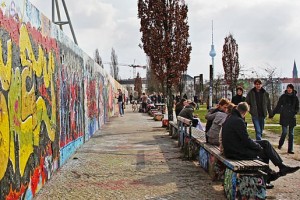 Now famous for its flea market and bearpit karaoke every Sunday, Mauerpark was once home to part of the death strip and Berlin Wall. A 30m stretch of the Berlin Wall still exists and is used by graffiti artists to practice their skills.