Presidents John F. Kennedy, and Ronald Reagan both visited the wall between 1961 and 1989.

Kennedy visited on the 26th June, 1963, two years after the wall was built. It was on this visit that he made his “Ich bin ein Berliner” speech, which translates literally as “I am a jelly doughnut”. You can just about make him out standing on the podium in the photograph below, where he is pictured at Checkpoint Charlie below: 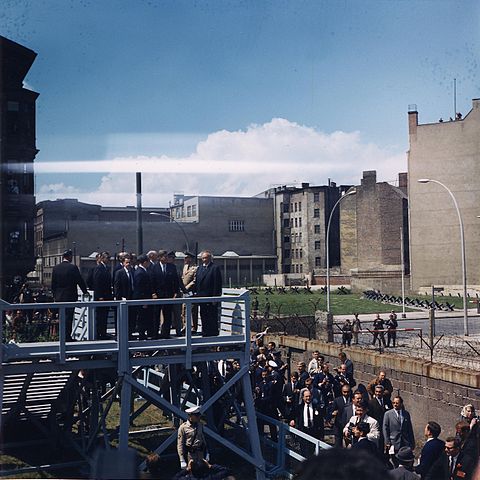 Reagan visited on 11th June, 1985. During his visit, he famously challenged Soviet premier Michael Gorbachev to “tear down this wall“. Checkpoint Charlie proved to be a popular spot with the US presidents. Reagan is also pictured there! 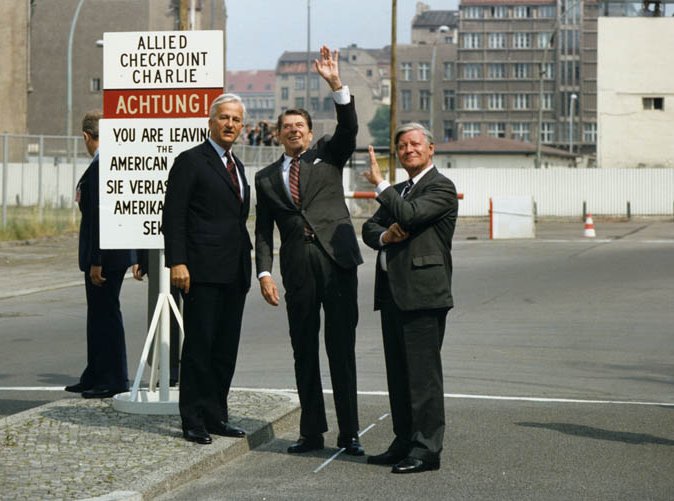