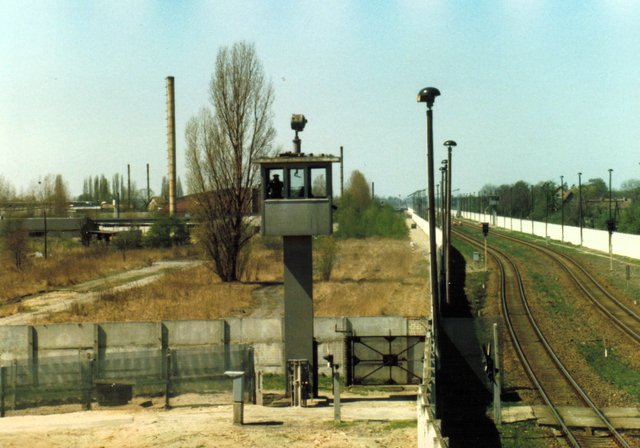 Staaken, on the west-most outskirts of West Berlin, was home to several different rail and road crossings during the cold war years. Albrechtshof rail crossing was closed in 1961 after possibly one of the most dramatic GDR escapes: East German engineer Harry Deterling crashed a whole train through the barriers towards Gartenstadt Staaken in West Berlin. A separate rail road border crossing was opened by the GDR in 1976, for rail transit to western Germany, and there was also a road crossing at Heerstraße.